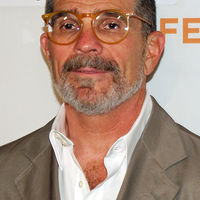 Assault weapons should be banned disagreed by David Mamet · 31 Aug 2018 The so-called assault weapons ban is a hoax. It is a political appeal to the ignorant. The guns it supposedly banned have been illegal for 78 years. Did the ban make them 'more' illegal? The ban addresses only the appearance of weapons, not their operation. source
Log in to add an opinion from David Mamet
API · Privacy · Terms